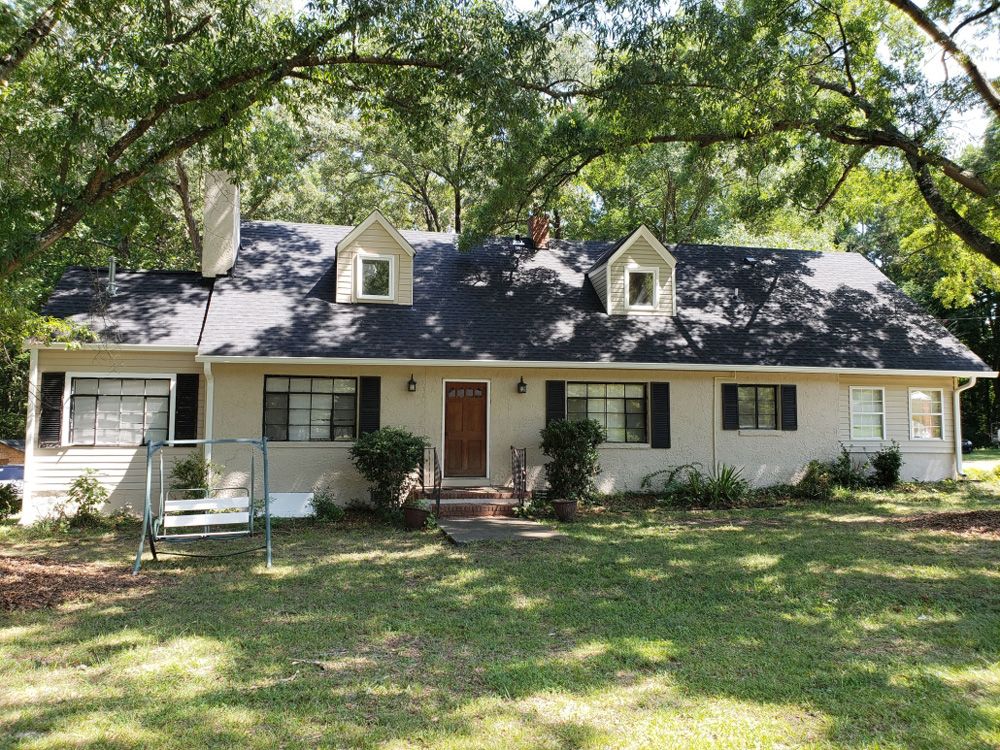 Blue Chariot has finally completed our longest running rehab to rental project at: 2500 W. Carver Street – Duplex (Unit B / Upper), Durham, NC 27705 – which is located off Guest Road. This unfinished Duplex was purchased in mid-August of 2017, and was just finished in July 2018. It took almost a full year to complete this project due to many unforeseen occurrences (detailed below); and it having been our first attempt at rehabbing an occupied property (the Lower Level) – something we’ll NEVER do again…

The Upper Level (B Unit) of this Duplex was unfinished, but had a layout / space and ceiling height to create a nice 2 Bedroom / 1 Bathroom Unit (6 Rooms) of approximately 1,023 SqFt. See the separate post on the Lower Level (A Unit) of this Duplex. It appears the prior owner had attempted to complete the Upper Level, by adding some Kitchen Cabinets, a Toilet, Tub, and a mix of Vinyl and Hardwood Flooring; however, it was never completed – and was not arranged for the best use of available space. Therefore, we gutted the entire area and started over with a clean slate.

The project began on the outside with things like a new roof and sealing the many cracks in the exterior walls. It was first thought the cracks were due to a serious foundation issue, but upon pre-purchase examination by a Structural Engineer, these were found to be due to the lack of gutters.

We then proceeded to add sound damping insulation between the floor joists, replace all the sub-floor, and begin the new framing – which included replacing a door with a window in the back bedroom that lead to nowhere (a straight drop down). We had considered creating a second deck here; however, as the project went forward, we started to exceed our planned budget (see “Problems” section below) and had to cut costs – so there was no room in the budget for this add-on of a second deck.

With all plumbing, electrical and framing work done, we sprayed foam insulation throughout, installed the new HVAC, Water-Heater, etc…  We wanted to keep the brick vent stack from the old Lower Level furnace, so we did some masonry work and incorporated the brick into the framing as an accent element, that turned out pretty cool…

Doors, drywall, and trim went up, then the ceiling and trim were painted white, while the walls received our normal color of “Pumpkin Seed”. We went with different flooring than usual (just to try something different) – which was an alternate style of Vinyl Plank throughout the entire unit (no carpet). And in the bathroom, we did tile.

The HVAC and Water-Heater are both hidden within utility access areas having angled doors. The W-H sits off the Dining Room behind the Kitchen Sink and Dishwasher. The HVAC system is behind the 2nd Bedroom Closet.

We finished things out with Stainless Steel Appliances, Granite Counters and Subway Tile Backsplash in the Kitchen, including a Drop-in Stove and Island Range Vent Hood – with Bar Seating in the Living-Room.

Although the flooring is not our favorite, the end result of this project is a great 2BR / 1BA space of over 1,000 SqFt; which sits atop another great 4BR / 1BA space of nearly 1,800 SqFt. Both units are rented to members of the same family, who were already present in the Lower Level when we purchased the property. But working above and occasionally in an occupied home made things more difficult… For example, on a few occasions during demo and sub-floor work, holes were inadvertently created in the Lower Level ceiling. We had to be very careful to make sure things did not fall through on persons below. We also had to limit work hours on many occasions; and the family had to be relocated to a hotel for a week on 3 or 4 occasions during the project.

Our certificate of occupancy was delayed on a few occasions, causing the project to linger for an extra month. In one case it was because the spray foam insulation was applied to the utility access area containing the HVAC system (it was not supposed to be), which creates a potential ventilation issue. Additional venting had to be added. Additional venting was also needed for the W/D utility closet, because the confined space needed more ventilation to pass inspection. In another case, a problem occurred in getting the island range vent hood installed so that electrical inspection could pass.

But the biggest problem was plumbing… We ended up replacing most of the plumbing in both levels of the property (with the exception of one short section) – including replacing the entire sewer line out to the street. And this process involved multiple attempts to snake the line, including at one point having it scoped with a camera.